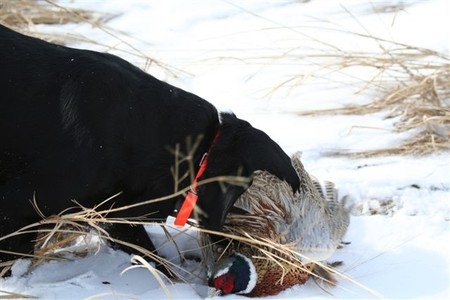 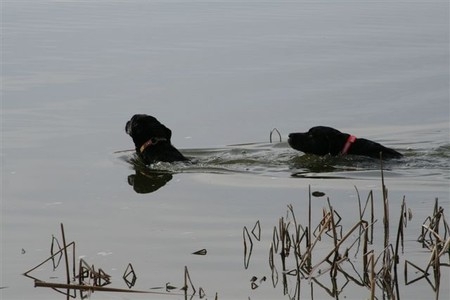 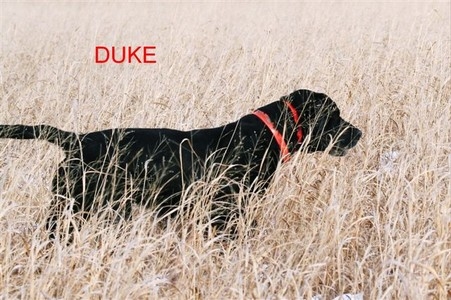 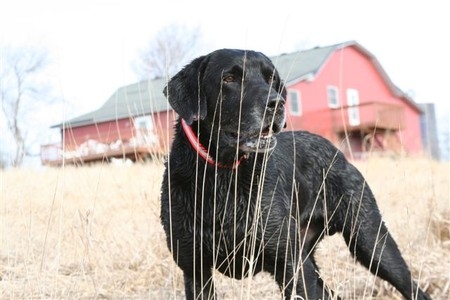 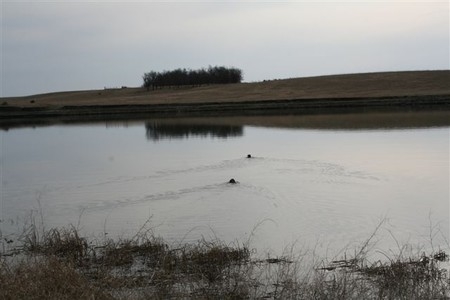 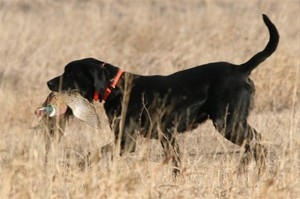 The DUKE is gone!!

Duke was still hunting strong at 12 years old. The summer on his 13th year he started to slip away. In October 2011 he would get to go on his last pheasant hunt. As we loaded the bus for the morning hunt his eyes said it all, "please can I go along today."

We could not leave the old-timer behind so we loaded Duke on the bus and headed for the field. In an effort to allow him to join the hunt and not over stress him we left him on the end of the  field with the blockers. Sure enough he got out of the bus meet us half way through the field. He must have known this was to be his last chance to flush one last wily rooster and that is just what he did. Hunting with Reba and King he soon found out he could not keep up with his young offspring. He started to walk right beside me then it happened he went on point 10 foot from me Reba bound in and locked up right beside him. The huge rooster flushed right beside us and as it flew away the rooster was winged and crash landed in a nearby corn field. The young dogs looked and looked with no success. I walked Duke over to the corn field where he disappeared. We all knew Duke was on one of his last missions so no one was in a hurry to move on with out him. Sure enough just when I started to go looking for him he walked out with that rooster in his mouth. The excited young dogs raced to great him, Normally he would give up the bird for the younger dogs to carry but not today. This bird would be the last pheasant Duke would place in my hand, for two days later Duke passed on to Dog Heaven.

Many times our Guests remarked that is the best looking Lab they have ever seen! This was before they learned he was half German Short Hair.

The truth is He was the best Dog I have ever known or owned!!

He was our Best Friend & Greatest Hunting partner

His greatest blessing has to be the hundreds for pups he sired and the offspring these pups are yet to produce. The best way to measure a great stud is not buy the trophies they collect but the praises his offspring receive. Duke was a great stud Dog and all your letters of Praise for the pups he sired are solid proof that Duke was on of the BEST!!